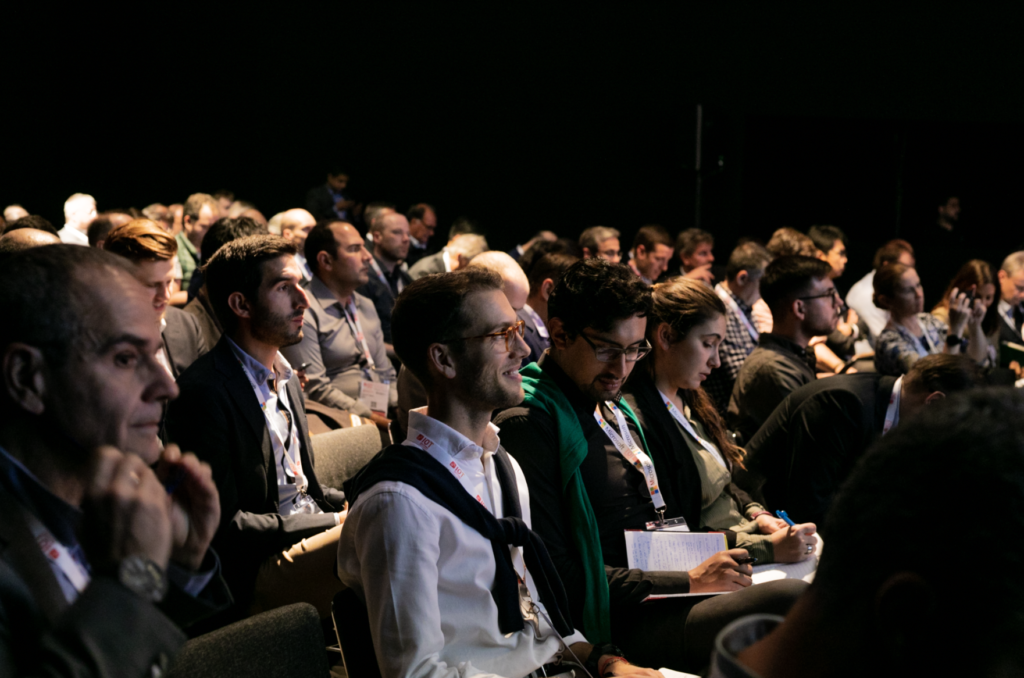 The point was not just talking about technology, but about real success stories. Richard Soley, Executive Director of the Industrial Internet Consortium, made it clear right at the beginning of the event. Then, other keynote speakers followed through.

Doing things “just for tech sake” is pointless. On the contrary, developing a business strategy to solve a problem, hence to improve people’s life, has proved to be a formula to success as the IoTSWC19 Testbed area and the IoT Solutions Awards proved.

New mobility solutions equipped with cybersecurity, predictive medicine or innovative water and air pollution monitoring systems, as well as the debate fueled by experts in different fields attracted 16,000 visitors, 350 exhibitors and 300 top level speakers. They all highlighted the maturity of IoT technologies.

Now, here are 5 takeaways from this fifth edition.

1. ‘Connecting everything opens up business opportunities’

So, IoT is a business opportunity, not just a tech opportunity. Jonathan Neale, COO at the McClaren Group, alluded to sensors, Digital Twins, Machine Learning, 5G and Vehicle to Vehicle connection (V2V). But he made it clear that all these advancements made the time-to-market of their product “much shorter”.

Yet that requires a broad set of changes to business practices and companies’ organization. You can connect a machine to the Internet to accelerate your production but you have to make sense of the data you get, and act accordingly. This might not be plain sailing, but it’s possible even in sectors which apparently are not very “techie”. Libelium, a Spanish company which participated in the congress, showed, as an example, how a dairy farm increased their milk production 18% with IoT and Machine Learning.

Generally, people are very positive about IoT technology, as Michael Godoy, researcher at the University of California, stressed during the event. But is this enough? How can we mainstream all the improvements brought by IoT technologies? We’ve been predicting how many devices will be connected by 2030 or even 2050, but is that all?

2. The value of IoT is no longer just in connectivity

Joe Barkai, Industry Analyst, and author of The Outcome Economy: How the Industrial Internet of Things is Transforming Every Business, pointed out that the connectivity is going to become a commodity. “The value of IoT is in being able to aggregate different types of data to make better decisions,” he put.

The report of IDC presented by Marta Muñoz, who leads IDC  EMEA’s Internet of Things research, echoed this sentiment and underlined that companies are already looking at data and trying to make sense of it”.

Indeed, data analytics brings core information to the forefront and helps companies draw key insights needed to make decisions forward. There are many solutions that address key needs in terms of simplifying access and accelerating the analytical processing. Big Techs, like Google (Google Cloud IoT Core) or Amazon (AWS IoT Analytics), Oracle (Oracle Internet of Things Cloud) or SAS (SAS Analytics for IoT), are already into this. It couldn’t be otherwise.

Yet there are still some limitations as IoT data is basically gathered from sensors that are also advancing in capability. This is where Artificial Intelligence comes into play.

In fact, as Mark Wolff, Chief of Health and Life Science Analytics at SAS Institute, pointed out “decision making at the point of the sensor is not only decisive but inevitable.” So, we need algorithms to help us in that process.

Overall, AI, which is “data-hungry”, is the perfect match for IoT. They can’t live without one another. But, again, there are still some obstacles to overcome to marry them such as the lack of specific skills, algorithms bias and some security concerns.

The IoT market gives plenty of space for device hacking. Figures from security firm SAM Seamless Network suggest that the average device is the target of at least five attacks per day. In the industrial IoT, Gartner predicts that by 2020, more than 25% of identified attacks in enterprises will involve the IoT. The threats go from ransomware demands or industrial espionage to altering production process code that can cause massive damage.

In this sense, the Blockchain appears as a solution to secure the Internet of Things.

Getting serious about IoT security is getting crucial for any business. Many interesting efforts are under way and the IoTSWC explained some innovative initiatives such as IoTopia, aimed at developing Security by Design, Device Intent, Secure Onboarding and Device Lifecycle management.

Yet one potential solution to fight off attacks from happening is IoT Blockchain security. Blockchain is a decentralized database, so it’s nearly impossible for hackers to target any individual on the network. ‘Nearly’ is intended, as there are already some examples of hacked blockchains.

Anyway, among the benefits of using the Blockchain technology, configuration, update control, IoT discovery, secure firmware updates, message authentication, and trusted communication stand out. However, there is a long way to go to mainstream this decentralized technology in every sector.

5. Sustainability is a must

Last but not least, future challenges in the industry are going to have “to pick up sustainability in a broader sense”, as Jonathan Neale stressed. And this fundamentally different from using IoT and AI or Blockchain to enable environmental sustainability, which is also desirable in the short term.

In fact, the World Economic Forum considers that IoT could be a game-changer for sustainability. An analysis of more than 640 IoT deployments, conducted by WEF in collaboration with IoT research firm IoT Analytics, showed that 84% of existing IoT deployments can address the Sustainable Development Goals (SDGs). This is good.

But what about the sustainability of the devices themselves? Can we sustain the 50 billion connected devices projected by Cisco in 2050? Are we able to cleanly dispose of billions of batteries each year? How can we extend the life and usefulness of remote sensors to help reduce the number of discarded batteries? Food for thought for following editions.

The sixth edition of the IOTSWC will take place at Fira Gran Via 27-29 October 2020. Save the date!